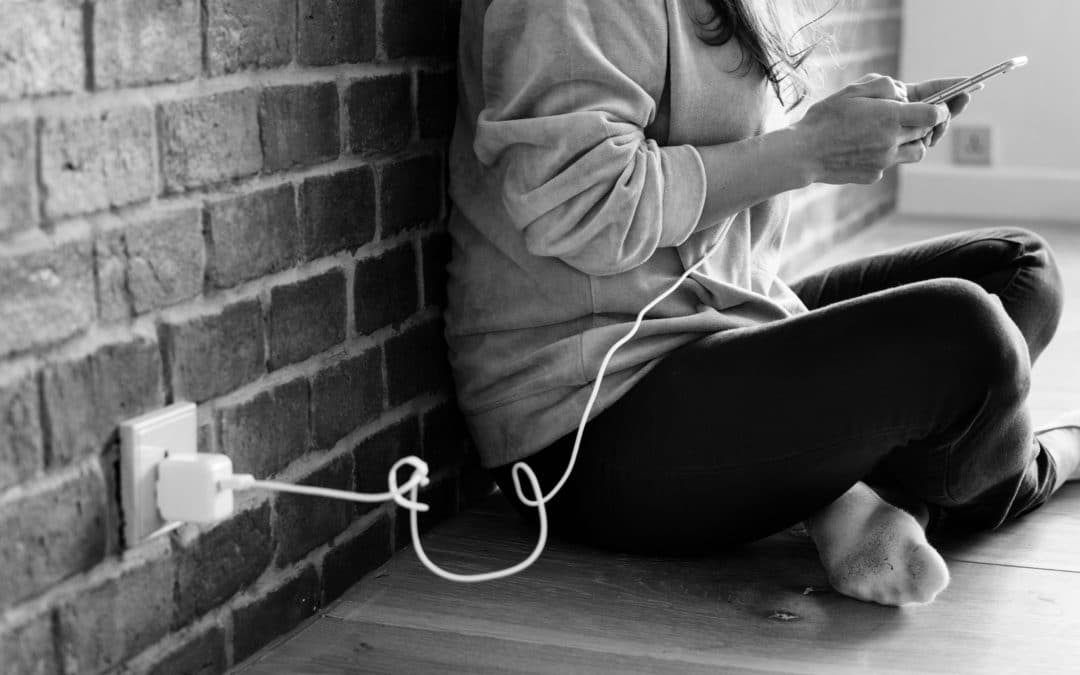 The media is currently full of terrible stories about teens who have taken their lives and whose parents blame social media. The toxic mix between teens, social media and suicide is now the nightmare of every parent. Parents worry themselves sick about this but fear it’s something they can have little control over.

When I was 13 or 14 years old a boy who’d been at my school was found dead – hanging in the barn on his parents farm. It was never clear why he had killed himself. It affected me and my peers deeply. His parents never got over it.

I remember our headteacher telling us about his death. He described it as “the thin line between sanity and madness!” (Clearly, he didn’t know much about how to talk about such delicate issues to a group of potentially vulnerable, grieving teens!)

But now more and more teens take their own lives

More teens are attempting to kill themselves, and then actually doing it than ever before.

The evidence shows that within England and Wales suicide figures for young people under 19 rose 67% between 2010 and 2017. And that just in the year of 2017 there was a rise of 15% alone in teen suicides.

Childline are also seeing an increase in teens having suicidal thoughts. Over 60 children call Childline daily asking for help with suicidal feelings – a figure that is currently increasing year on year.

This isn’t just something that just teens experience though – Childline is reporting that children as young as 10 are now asking for help with suicidal thoughts!

The number of referrals to Child and Adolescent Mental Health Services (CAMHS) increases year after year – with almost 35000 referrals in 2017/18 (in England). The service is overwhelmed and as a result turning away many of the referrals and prioritising only those they consider to be at the highest risk.

The Link Between Social Media and Suicide

The increase in teen suicide levels has been strongly linked to social media.

The father of Molly Russell – the 14 year old girl who killed herself in 2017 – is speaking out about how some of the social media sites are targeting young people. Graphic images with persuasive messages are said by him and other parents to have bombarded their children prior to their suicides.

So why are teens so vulnerable to social media?

Teenage brains are going through massive reconfiguration – particularly the Pre-Frontal Cortex – which is where logical thought and judgement takes place. This means that its difficult for teens to be able to assess risks and manage strong emotions. So they can easily get overtaken and consumed by these distressing feelings and then make rash impulsive decisions.

Teens also have limited social skills so understanding and then articulating emotions can be challenging.

Bullying, gossiping and shared sexual content has all been around before the internet came to be. But the challenge now is that teens are growing up with a very critical worldwide audience. And comments and images stay out there permanently.

Snowflakes – yes or no? The terms “snowflakes” is used widely about Millennials! The snowflake melts as soon as there is any heat or pressure. It’s often used by older generations in a scathing way to describe their vulnerability.

But the reality is they are the first generation to spend most of their life on social media. And for adults navigating social media can be challenging enough – even distressing at times. It can negatively impact on your mood and self esteem.

I myself have felt the negative impact of social media. How people have responded to my comments. Or because of how others look – with their perfect businesses, lives or bodies. And I have found it upsetting.

So why then would we not realise how much impact this has to teens? Girls in particular often struggle with low confidence – and are very susceptible to unpleasant comments.

Some teens are spending many hours online – up to 9 hours a day. Recently the medical profession reviewed the evidence on its impact on how long is okay. They missed an opportunity to give parents clear guidance about how long is safe for their children. However the government is soon to be releasing guidance that will help parents with this thorny subject.

Sleep is an issue for many teens. The teenage brain needs sleep – a lot (8-10 hours a night) but is out of sync from the rest of the world. Teens often don’t fall asleep until the early hours of the morning and don’t wake up until midday.

But they are the only people awake in the wee hours, they will be spend time flicking through social media sites, alone. Should they want to talk to a real person there is no one to bounce those potentially distressing thoughts off with.

So how do parents safeguard their teen from social media?

What you do matters to your children

Children notice their parents spending time on the phone. In one study of 8-13 year olds, 32% said it makes them feel unimportant – especially when parents use their phones during family times and meal times. The message it gives is that children need to compete with the technology – this often comes out in the form of poor behaviour or withdrawal.

Other research shows that mum’s on phones have children who are more negative and less resilient. In the way that postnatal depression can make it hard for mum’s to respond to their babies, mobile phones have a similar impact. They block parent-child interactions and infant social functioning and disrupt brain development – leaving the potential for issues later in life.

If you are mega busy then you wont see the signs your teen is giving you. It may be that there is a window of opportunity once a day to talk. But if you arent emotionally available and dont respond at the right time then it just wont happen again! If you are really stressed and are just in survival mode again you will be so focused on your own issues you wont see your teen’s. We cant expect to help others if we are not in a good place. Start with where you are. Start with you.

Children say they feel “sad, mad, angry and lonely” when parents are on devices too much. Some children get so angry they hide and damage the mobile in order to get their parents attention!

The message parents are giving is that their children aren’t interesting, don’t matter and that any “ding” from the phone takes priority!

Which teens are most at risk for suicide?

If any of these are combined with the desire to end life this is high risk – urgently contact your GP or call 999.

Other places to get urgent help Finally suicide is a big issue especially for our young people. We need to do what we can to prevent it. Talking about their world and their issues is really important.

Adelle Shaw-Flach is a public health nurse and lecturer and now works with businesses to tackle mental health, burn out and engagement. www.thesweetpotatoconsultancy.com