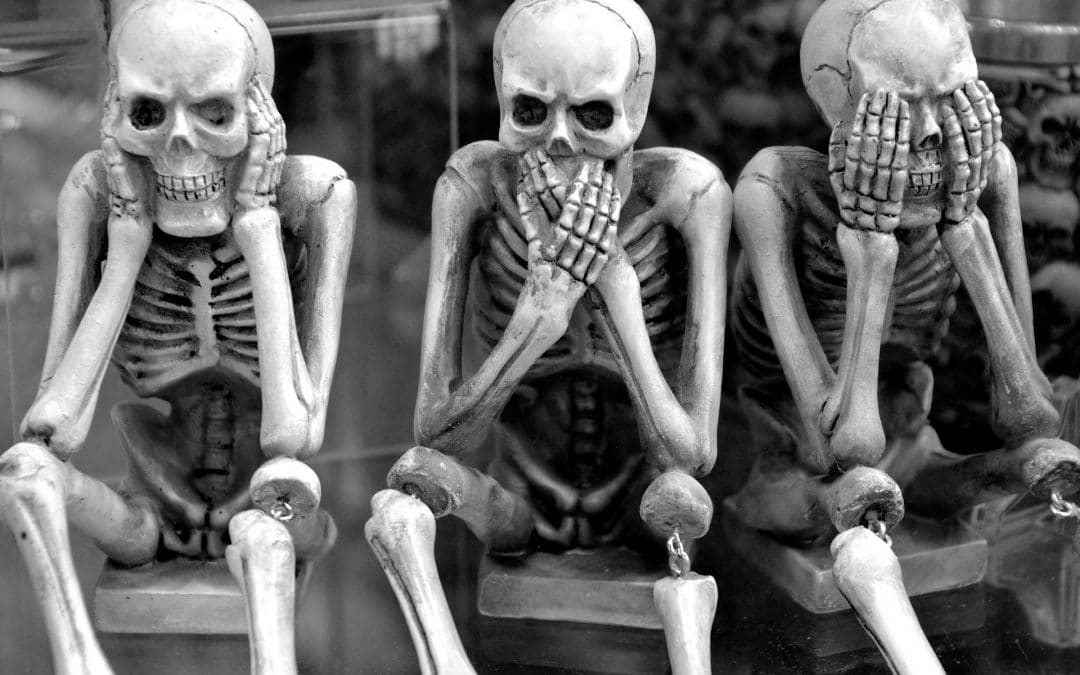 How do you know if you are working in a fear-driven organisation?

Lots of people feel fear at some point in their working day. Many think it is just them.

Working where fear is a strong driver for what people do

I have worked in a number of large organisations where fear is a strong driver for what people do and how they behave. So, in this blog I examine fear and the impact it has on those working within the workplace.

I recall this particular incident very strongly. I was in a senior role within a large organisation. My colleagues and I were summonsed urgently and herded into a large meeting room after a critical incident.

The chief executive appeared, and immediately started threatening and shouting at us – telling us this sort of thing wasn’t allowed to happen on her watch! We weren’t told the exact details of what had happened but we knew enough to know it was bad.

Waiting and the impact of the vacuum

Regardless of all the rumours flying around we still had to wait eighteen months to get the results of the investigation.

When we went to hear the outcome of the investigation we discovered that despite all the threats, and what we had been led to believe, our service wasn’t even mentioned! This was not even acknowledged by those feeding back the findings.

You might think that there was nothing much to say about that period of 18 months whilst we were waiting for the investigation feedback. Not so. The impact of that 18 months though was very significant. Not knowing what had happened left a vacuum.

As we know from our school days a vacuum must be filled – one way or another.

Vacuums, toxic fear and the impact

So, within that vacuum of not knowing grew huge amounts of toxic fear. People retreated into silos, avoiding working together. Trust became scarce and people blamed became prevalent. Convinced they couldn’t trust either management or their colleagues people avoided making decisions that could be risky.

Some individuals developed physical and emotional issues. Performance dropped. Some experienced people left and took their skills elsewhere. Others stayed but became disengaged and cynical.

The incident left a massive impact on all of us. None of us were unscathed by it.

So, what did we learn?

We learnt lots of things – none of them good!

We learnt that our managers would blame us before finding out the truth! That they wouldn’t support us in times of need. That we couldn’t trust them or each other to stick together when the going got tough.

We observed that long drawn out processes with no information are really destructive. We watched as some of our colleagues became emotionally and professionally destroyed by the experience.

Everyone became more and more inwardly focused. Self-survival was foremost in our behaviour and thought patterns.

Fear is something our brains and bodies are hardwired to experience. It’s a critical survival instinct. We have all felt it – from early childhood all the way through our lives. No one has not experienced it.

Some of us experience fear more extensively in our lives than others – probably due to experiences in our earlier years. For all of us fear is an emotional response to a known or unknown threat.

Fear is activated deep within a structure within the brain called the amygdala. The amygdala activates our fight, flight or freeze response, flooding our bodies with hormones that have been very important for our survival in evolutionary terms.

In addition to wanting to escape the situation we don’t like these feelings and want to escape or avoid them.

The more fear individuals feel the more their amygdala is activated, the larger and more responsive the amygdala becomes. And so, this vicious circle continues.

The physical sensations of fear

There are many physical feelings associated with fear – many of which people don’t always identify as being caused by fear. Some of these unpleasant feelings are also known as symptoms of stress. Panic attacks, anxiety, heart racing, sleep issues and exhaustion are some of the more well physical experiences.

These physical feelings aren’t just experienced in association with one-off incidents but can become an everyday occurrence for some people – every time they open their emails they may feel fear, every time they get the call to meet with their manager. It can be low grade. But. It can be paralysing.

So whilst physical symptoms are an indicator that some individuals are experiencing concerning levels of fear, it doesn’t mean for sure that is a widespread cultural issue.

Wider group behaviours point the finger to this being a culture of fear.

Behaviours that point to a culture of fear

Are people reluctant to speak up? Are you fearful of speaking up? Are there certain things that we do not do here or must not do here? Or we can’t do here?

These are very important questions to ask when you want to find out whether there is a culture of fear.

Behaviours that show fear is the culture that drives your workplace:

Fear is contagious – it spreads quickly between people, becoming embedded in the culture of a team, whole organisation or professional group. Fear leaves a deeper more enduring impact than any other emotion. And like a scar, one that doesn’t heal properly, it can reopen at any time when triggered. These triggers can appear unconnected but are perceived as fear by that overactive part of the brain.

Sadly, our managers didn’t realise the impact that fear had on us in the example I spoke about earlier. Maybe this was because they also were managed by fear. Maybe they were also consumed by fear, of being part of a system that was more interested in outcomes than its people.

Maybe they thought the threats would motivate staff. It’s hard to believe this but some managers still think that fear and threats are a good thing. That it motivates people.

This isn’t just an old-fashioned dated approach to people management, the modern research on the brain – neurobiology – shows that fear-based management results in avoidant behaviour. That fear quickly becomes demotivating. That fear shuts down creativity. That productivity slows and mistakes start to be made.

I would love to know what creates fear where you work.

What can’t people do?

Adelle Shaw-Flach is Director of The Sweet Potato Consultancy – and works strategically with businesses to reduce the cost to people and business of workplace stress and mental health.

More information can be found on: www.thesweetpotatoconsultancy.com

Get in touch with me on-  adelle@thesweetpotatoconsultancy.com